Something I Hate about Writing

When I decided to write novels, I pictured myself sitting at a desk pounding out one great line after another. Sitting in a coffee shop, sipping on a latte, and taking in the humanity that passed by. I even imagined being called to New York City to meet with an agent or editor. A dozen years and four books later, reality had set in.

“You sure have a vivid imagination,” Willow, my Muse, spoke from the side. I swiveled my chair to see what form she had taken this day.

She appeared in the form of a female Elf, what I have taken to calling an Elfen. Though her hair had changed from white to red. I had half-expected her to look like a dragon, as she had a couple of months ago, but guessed to fit in my office she would have to be a pretty small one.

“That’s why I wanted to become an author.” I flashed her a smile. “That and the accolades, veneration, and notability that goes with it.”

“How’s that going?” Her sneer was like a water hose on my fire of enthusiasm.

“Give me time.” I frowned and turned back to my computer.

“So what’s with the title of this Post?” She looked over my shoulder at the laptop.

“I don’t know.” I hesitated because I had written the Post title, but wasn’t exactly sure where it was going. “I was just thinking that there are so many things that I love about writing, but it isn’t what I had thought it would be when I started my first book over a dozen years ago.”

“How so?” She walked around and dropped into beige faux leather recliner chair. “I know you sometimes give yourself unrealistic deadlines.”

I glared at her. There’s nothing wrong with my schedule. It’s the world that won’t comply with it.

“You’ve already mentioned how you feel weird marketing your books.”

“That’s true, though I think I am getting better at it.” I just published the 3rd book in my epic Fantasy series called Quest of the Covenant. See how I did that little bit of marketing 🙂

“Then what’s your problem?” Her eyes narrowed and she added in a sarcastic tone with a grin, “You can skip all your personality and character issues.”

“Very funny!” I never have to worry about letting my ego get out-of-hand.

“I hate making decisions,” I blurted out. There I said it.

“Just like everyone else.” Her lack of sympathy was irritating, though I created her, so I only have myself to blame.

“I understand, but most people deal with a rather limited number of decisions each day,” I tried not to sound too defensive…only just a little. “I’m not talking about which TV program to watch or what to eat.” Though I’m terrible at a restaurant…everyone has to wait on me.

She didn’t speak; it wasn’t necessary. Her eyebrows furrowed and her lips twisted. She waited for me to explain.

“I’m good with a few decisions, even a big one now and then, but when I sit down to write I am confronted with hundreds.” I leaned back in my chair and sighed. “It can be really overwhelming at times.”

“Go on,” the sarcasm was gone, replaced with skepticism.

She nodded, rolled her eyes, and a sigh escaped her lips.

“The characters and events in my novels didn’t exist before I created them.”

“I hope you are going to make a point before your next book comes out.” Ah, the sarcasm had returned.

I ignored her and continued, “When I put a character in a story I have to decide what they look like, what personality they have, what are their character traits, their relationship to other characters and a host of other facets about the character. The same goes with events and places – where is it located, what does it look like, what happened and when.” I exhaled deeply and my shoulders slumped. “A lot of things.”

“You knew that coming into this,” the impatience in her voice only emphasized her irked expression.

“Yes, but I didn’t know what I was in for after I created all this. I am constantly required to make decisions.” It was hard to explain what I was going through as I had struggled with it for years, but only recently discovered what it was…an unexpected epiphany.  “Creating a character is tough enough, but once they exist, I have to decide if they go left, or right, or straight ahead. If another character is around, do they go with them or in a separate direction and if so, which way? What is their motivation for deciding to go that way? What is the implication of them going left rather than right, and how do they feel about that?”

“That sounds pretty intimidating.” Her face relaxed and she seemed to begin to understand my problem.

“Multiply this by scores of main and secondary characters with over a hundred more supporting ones. Add decisions around dozens of locations, and as many or more of settings. One simple paragraph could require me to make a dozen decisions.” I sagged in the chair. “And making the wrong decision, say having a character go west vs east, means they may not meet another specific character (that I might not even have created yet). And having or not having the meeting may change the entire direction of the story.”

I shook my head. Why do I keep putting myself through this? Even a couple of hours of writing can be exhausting.

“What happens when you tell someone you meet for the first time that you are a published author?” Her smile returned, but without the belittling overtones.

“True.” I smiled as well and reminded myself, I guess it is worth all the hassle of having to make so many decisions…some days!

Do you have trouble sometimes making decisions or is it an easy thing for you? How do you feel about it and, if it stresses you out, how do you deal with it? Share your thoughts via the Comment Block below or send me a message through the Contact Page.

1 thought on “Something I Hate about Writing” 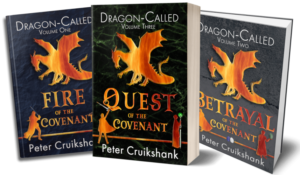